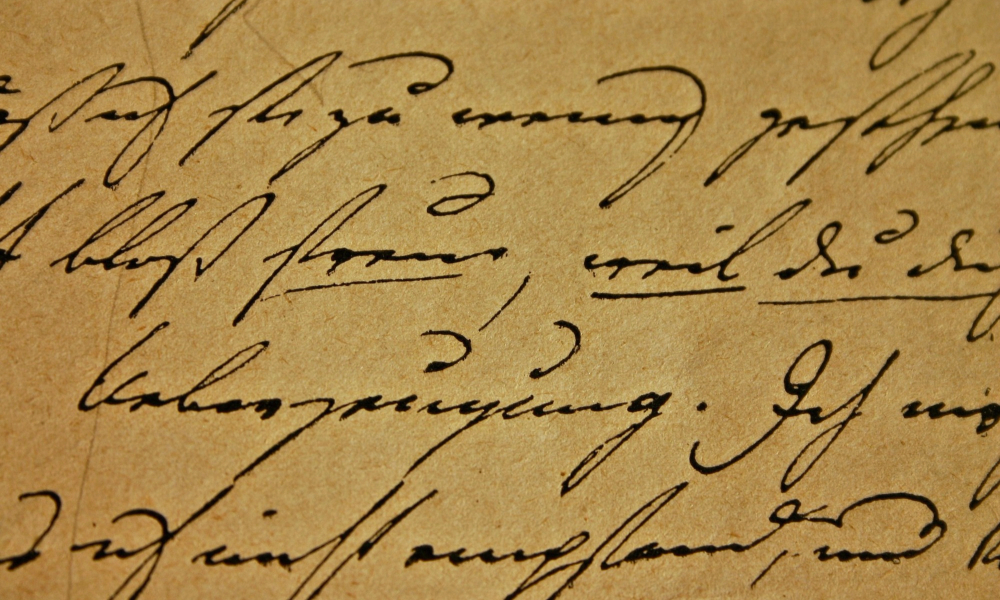 I’ve spent a good portion of the past two days designing the logo for Create Wherever. It’s been an interesting process.

Quite a few months ago, I saw a discount on Tailor Brands’ logo design package. Since I was studying visual design, I didn’t think I’d use their service, but I ran a few business names through it for fun. One of the ideas it gave me was for a calligraphy font paired with an all-caps serif. I liked the idea and the contrast. I didn’t like the exact fonts they chose, and there was no way to change them. I also didn’t like the idea of having basically the same logo with different words that who knows how many other people chose.

But since then, I’ve kept an eye out for a brush script font that would look good with the word, “Create”. After I started the logo design module of the Design Course, I knew it was time to finally design a logo for Create Wherever. I pulled up all my Creative Market fonts and installed a few. One immediately stood out as a good candidate, but I thought the “C” was a bit too narrow.

The next part of the process was seeing if I could find a good font to match for “Wherever”. I tried a couple serif fonts, but didn’t like how they went with the brush font. So I turned to sans serif fonts. I really wanted the “W” to have a bit of uniqueness since I wanted to use it in the favicon, but most were super plain.

Two days ago, I decided to buy a huge font bundle that DealJumbo was offering. It had a large number of gorgeous fonts, and I knew if my current font didn’t end up working, one of these would be a great fit for this site. It would also be awesome to have so many font options for future design projects.

I didn’t end up using one of those fonts, but I did find a great glyph within the bundle to add an extra swoosh to my horizontal logo. It matched the font perfectly.

I narrowed my sans serif font options down to two choices. One had more of a playful vibe, but there was not enough contrast with the brush font. The other was more sleek and sophisticated, and even though I liked it less, it was the better match.

Now I’m working to have the rest of this site match the new logo. So be prepared for a few changes ahead, and let me know what you think of the new look! 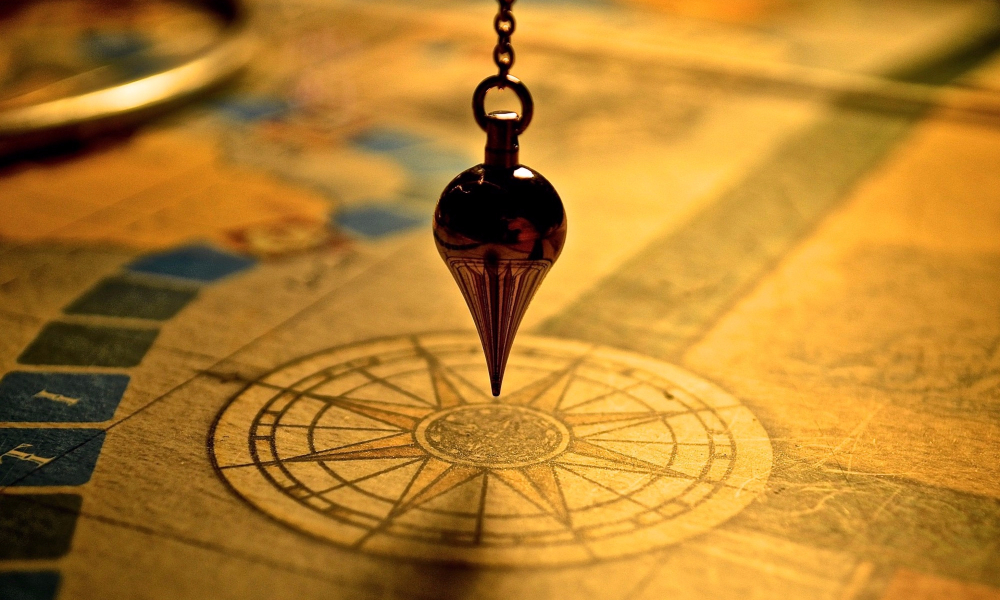 I am finally starting the next module of the Bucketlist Bombshells‘ Design Skill Course! I am still working on Module 4, since logo design is such a huge endeavor – I’ve had a lot of fun trying out different font variations, and I even bought some new fonts to play with!

Module 5 focuses on branding style boards and guides. Basically, you are putting everything you created from the previous module into professional documents to deliver to your client. As such, this module is a lot shorter (less than half an hour of instruction over 4 videos) and only teaches a few things.

Cassie explains the differences between a board and a guide – a branding style board displays all the branding elements in one document and a branding style guide tells you how certain elements should be used (namely fonts) and provides codes for color palettes. She provides a beautiful template for you to use for each document, and walks you through how to add items you’ve previously created.

She also shows you how to add some graphic elements to the board – like line art and a website button – to provide that extra bit of value to your client. She also explains how seeing everything together can help you spot a few things to tweak before the branding style is finalized.

Near the end of the lesson she explains how you need to save each element as a separate document to deliver to your client as .png (for transparency), .jpg, and .ai (Adobe Illustrator) files. She suggests placing all of these in a Dropbox folder you can share with your client.

I was a little disappointed that this module didn’t have more content, but all of the concepts presented were covered thoroughly.

Do you have a style guide for your own business? 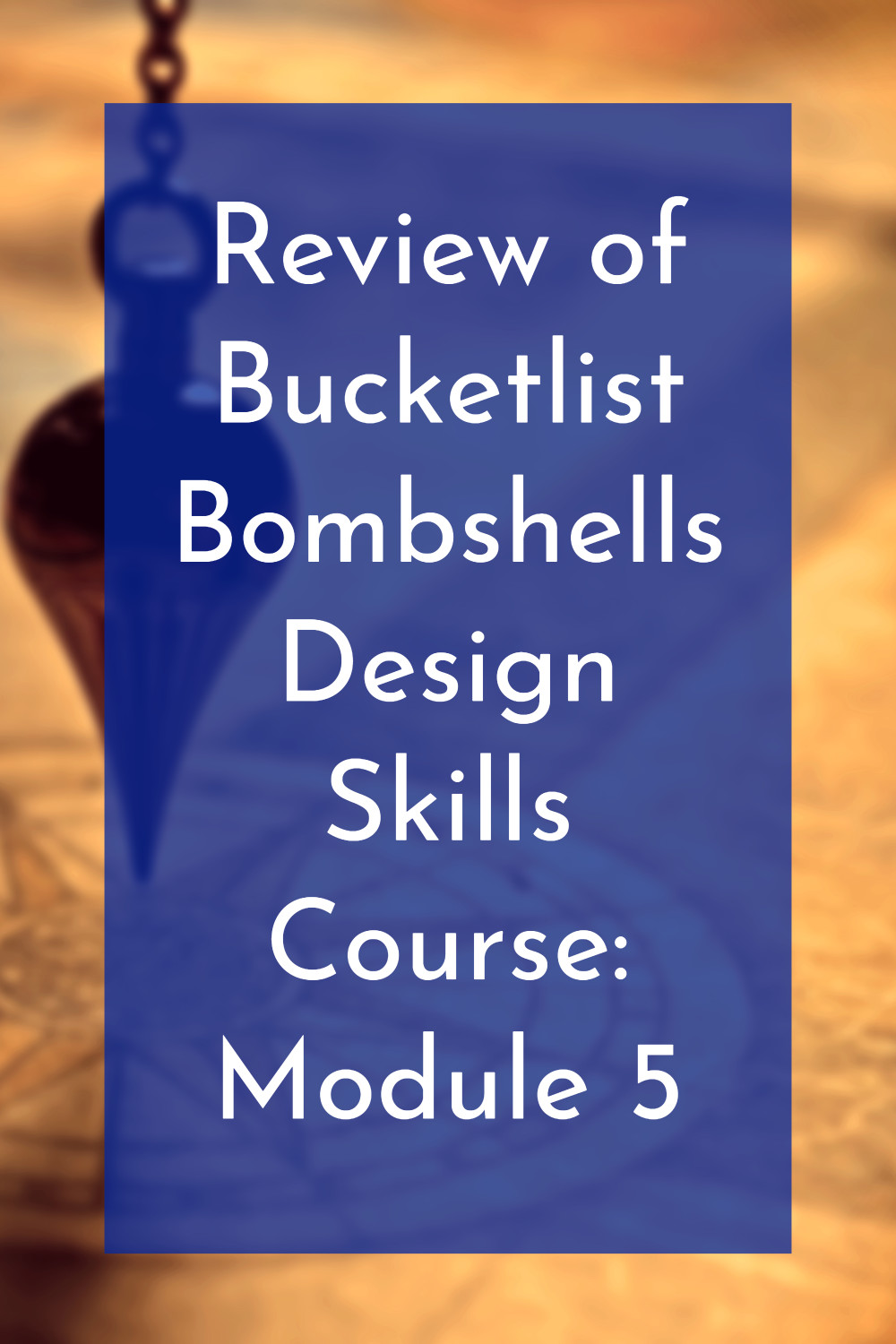 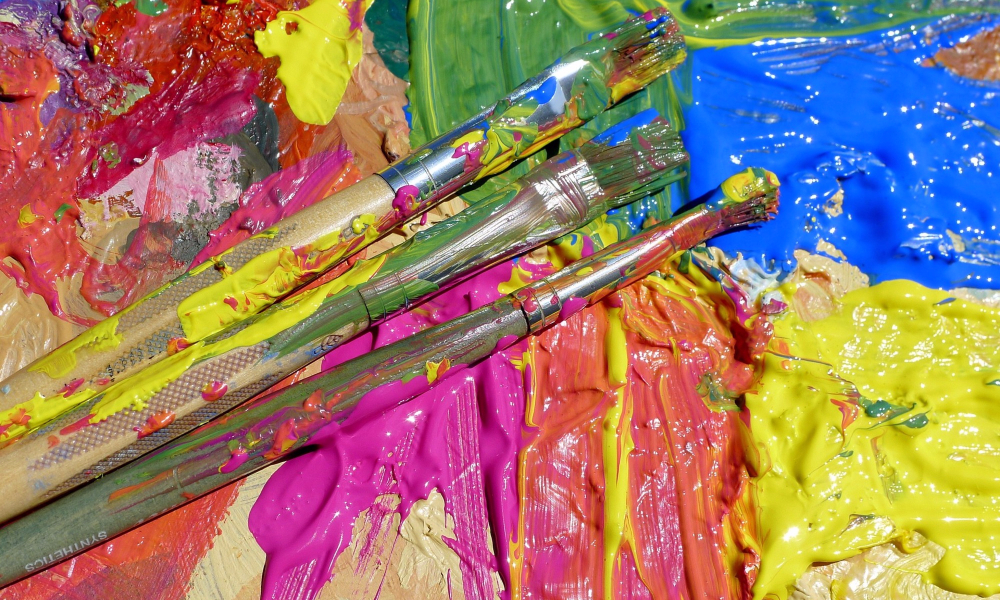 In the Logo Design module of the Bucketlist Bombshells’ Design Skills Course, Cassie mentions Creative Market as a great place to buy unique fonts for logo design. I was already familiar with Creative Market, and for a good reason:

They give away design elements every single week!

I don’t always remember to download the files before the week ends and the 6 (yes, SIX free items every week) items are replaced by new options. But over the past couple years I’ve amassed a pretty large library of graphics and fonts that I can now use in my design business!

You’ll want to read through the license terms pretty thoroughly to make sure you’re using the files legally, but you can use the free items and any ones you purchase for clients. They offer bundles all the time, so you can get a great deal and support other creatives at the same time!

But the free items generally are full and complete versions, and you can build beautiful things with them in Adobe Creative Suite.

Thanks to the BB course module on logo design, I was itching to try making a new logo for this site! So I installed some of the free fonts from Creative Market that I thought might be a good fit. I also tried matching them with a few different free Google fonts, with the idea that I could use that font on this site for a more cohesive look. One of the fonts even came with some watercolor elements!

Here’s what I came up with: 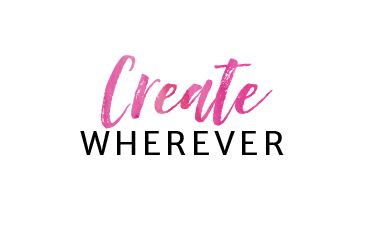 That isn’t the final version of Create Wherever’s new logo, but it was really fun to make, and I can’t wait to try out new variations!

What is your favorite place to find new fonts?