I’m not quitting my job.

Not walking out. Not putting in my two weeks’ notice. Not saying, “Bye, Felicia.”

Not yet at least.

As a part of so many travel and freelancing/solopreneur groups, it seems like every day I hear about someone is quitting their 9-to-5 to pursue their passion, the open road, and creativity. This move is unanimously praised as the right thing to do, as a huge courageous step.

It is especially prevalent in the Bucketlist Bombshells Tribe Facebook group (one of my favorites), for several reasons. First, because the group is about both travel and building your own business. Second, because that’s exactly what both co-founders of the group did – quit their jobs and moved to Mexico (as discussed in their recent Forbes article)!

Third, because their target audience is millennial women. In particular, ones who can see themselves traveling the world, which says two things – their ties to their current location are limited (often they are single and don’t have children) and they have, or aspire to have, disposable income that they want to spend on travel.

That is a broad generalization that of course doesn’t apply to everyone in the group. It does, however, apply to me.

The main tie I have to my current location is my family (parents and siblings, along with their families). I am one of nine children, and my parents and all but two of my siblings currently live within a half hour drive. I rent a place with one of my sisters. My brother, sister-in-law, and their two children (who will turn 7 and 3 in July) live 4 minutes away.

While technology has made living apart from family easier, it still would be hard to be away from them most of the year, especially my nieces, who grow and change so quickly. It would also be difficult for the sister I live with to find an affordable rental on her own.

Shared living costs is one aspect of the responsibility I feel about keeping my day job – especially since I just signed a year lease. Even if I would spend most of my time abroad, I would need a space to store my stuff and a place to stay when I’m hear (if I was only coming back a week at a time, I could stay with family, but I’m guessing trips home would end up being a month or so, and I need my own space). $300/month wouldn’t be too bad to keep paying, since a storage unit would be $50-$150/month anyway. I would need to see how much I’d be home after the lease was up.

Another responsibility is my car. I live in an area where a car is needed to get around. Fortunately my car is fully paid for. I could perhaps get a sibling to cover my auto insurance costs in exchange for using the car while I’m gone, or severely reduce my plan, or even sell the car and use a rental whenever I’m in the area.

My health insurance is covered through my job, and I don’t have to pay premiums. But I have Hashimoto’s, a thyroid autoimmune disorder, so I need access to medicine and infrequent blood tests to monitor my levels. If I quit my job, I’m stuck paying for health insurance on my own. It seems like many younger millennials would be able to get back on their parents’ health plans (or perhaps they are already on them?) if they quit their jobs spontaneously.

I also have cash invested into my vacation in September. Plane tickets, some non-refundable rooms, tours, and long train journeys have already been paid in advance. I will be using 9 of my 10 vacation days for my work year of May 2017-May 2018, which means if I leave before spring 2018 I may have to pay some of them back. However, paying a couple hundred to quit my job earlier would not be terrible. Since I know this vacation will be pricey, I suspect that I won’t be able to save much for a transitional buffer until the trip is over.

I definitely would be leaving my company in the lurch if I quit suddenly, even with 2 weeks’ notice. Right now, the company has a skeleton crew, with many people doing multiple jobs, and I know my leaving will put extra work on the shoulders of my already overworked coworkers. I am, however, a bit frustrated with the company – I have been asking for 2 months to have a conversation about salary, and it hasn’t happened yet. Two months ago I was in the middle of a big project and my confidence level was high. Now I’m between projects, so my value to the company isn’t as visible, even though I have plenty of tasks I am still doing.

The bottom line of this discussion the fact that I need to be making money with my fledgling business before I even make plans to quit my job. I have too many responsibilities that need cash. Maybe these women who are quitting their day jobs don’t have as many responsibilities. Maybe they have a safety net of moving back in with their parents if things don’t work out. Maybe they have a nice lump sum in the bank.

Or maybe they have decided that it is time to be courageous.

I’m not there yet. Call it fear, call it preparation, call it realism, but I know quitting my job right now is the wrong thing. But I’m hoping the time will soon come when it is the right thing, and I can finally embark on my digital nomad adventure. 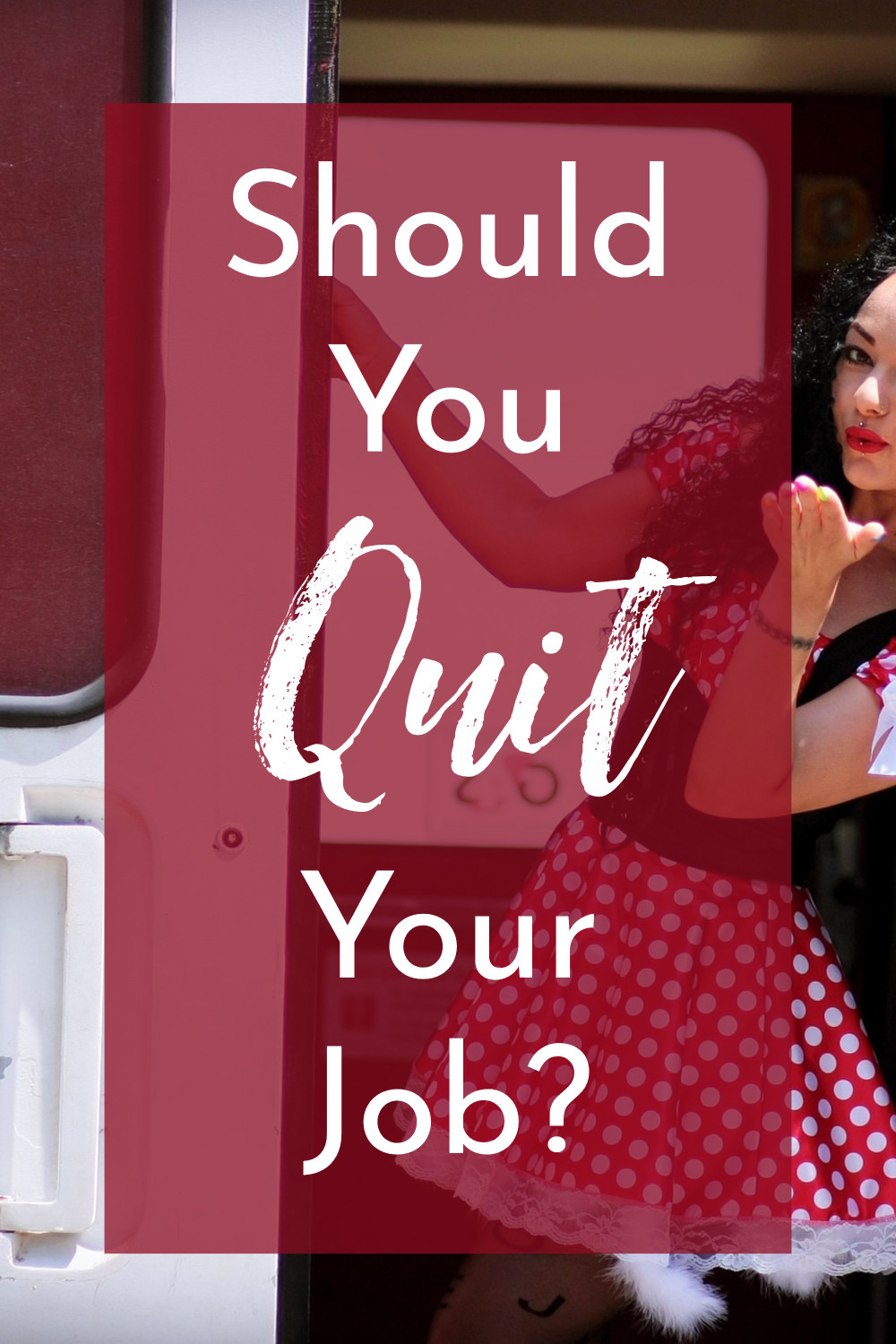